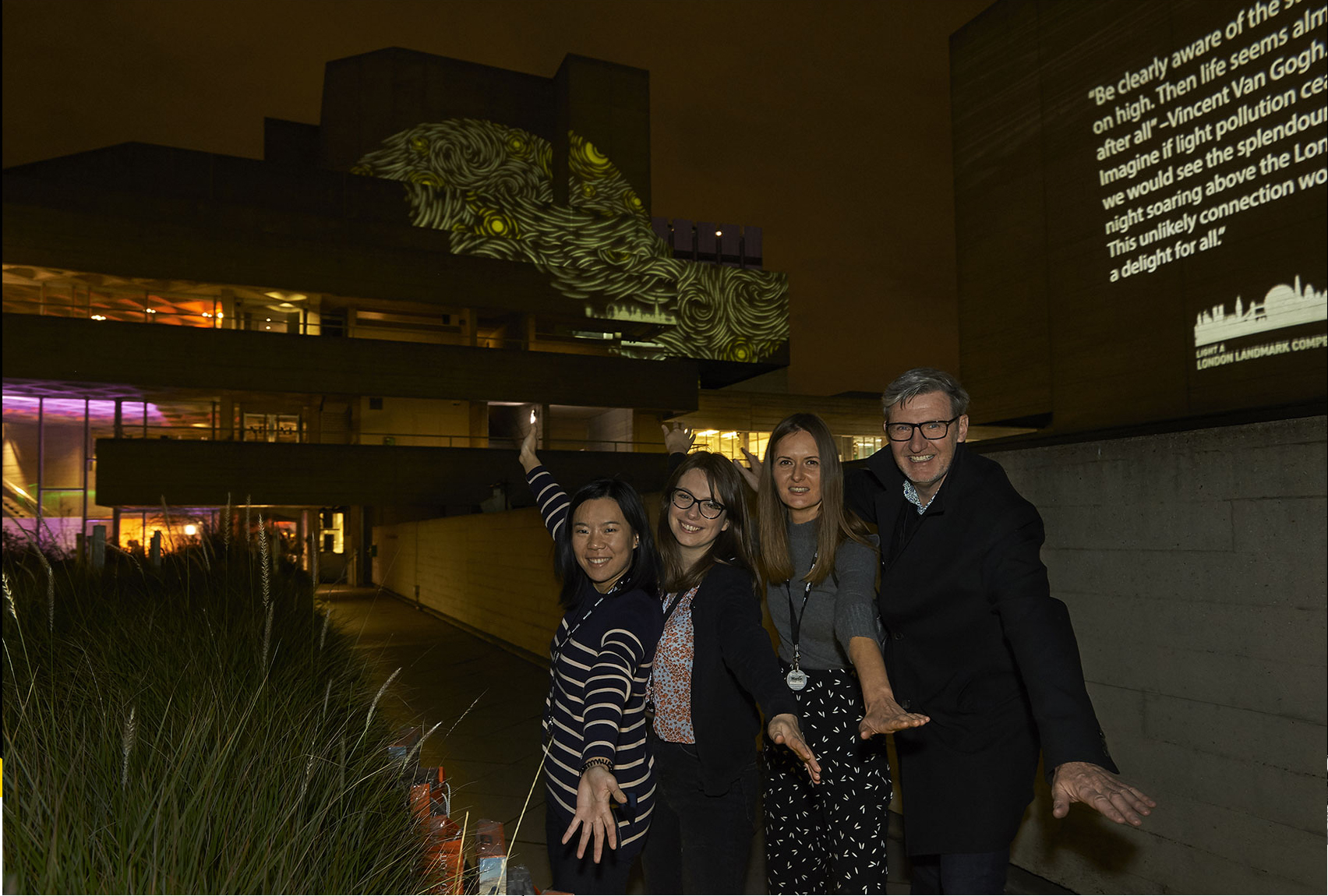 “Be clearly aware of the stars and infinity on high. Then life seems almost enchanted after all.” – Vincent Van Gogh.

Imagine if light pollution ceased to exist, we would see the splendour of a starry night soaring above the London skyline. This unlikely connection would be a delight for all.

Studio 29 were delighted to recently be crowned the winners of this year’s Light a London Landmark competition. The competition saw 90 lighting designers compete to design a gobo that was projected onto the façade of The National Theatre. The theme for the 2019 event was ‘Unlikely Connections’.

Studio 29’s design was inspired by Van Gogh’s The Starry Night. It lets viewers imagine, if only for one night, a blanket of stars could be seen above the London skyline and how mesmerising that would be. In any city there is inevitably light pollution, so a sky filled with stars was the unlikely connection that Studio 29 were playing on.

The whole lighting sequence lasted two minutes, encompassing a range of different lighting effects. The whole gobo was only revealed towards the end of the sequence, building up suspense and further captivating the audience. The final scene started at sunset in orange colours and finished in midnight blue on the starry sky, and part of Studio 29’s vision was the see the individual brush strokes on the façade.

The competition not only allowed Studio 29 to demonstrate its creativity and imaginative approach to the brief, but also learn more about gobos and the capabilities of fitting the projection to the building. The National Theatre features balconies and a fly tower, which made it an interesting challenge to illuminate on to because of its shape.